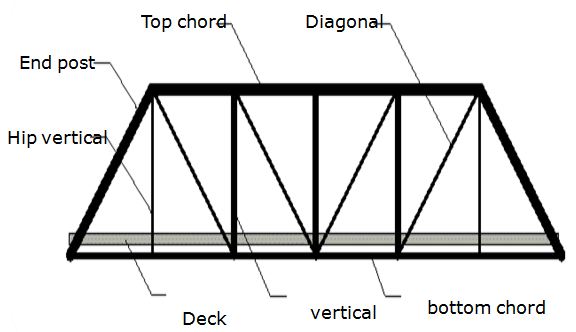 What is truss bridge?

SOME TYPES TRUSS IN THE BRIDGES

The Allan Truss, designed by Percy Allan is partly based on the Howe truss. The Hampden Bridge in WaggaWagga, New South Wales, Australia, which was the first of the Allan truss bridges, was originally designed as a steel bridge.

It was constructed with timber to reduce cost. In his design, Allan used Australian ironbark for its strength. A similar bridge also designed by Percy Allen is the Victoria Bridge on Prince Street Picton, New South Wales. Also constructed of ironbark, the bridge is still in use today for pedestrian and light traffic.

Bailey bridge over the Meurthe River, France. Designed for military use the prefabricated and standardized truss elements may be easily combined in various configurations to adapt to the needs at the site. In the image at right note the use of doubled prefabrications to adapt to the span and load requirements. In other applications the trusses may be stacked vertically. 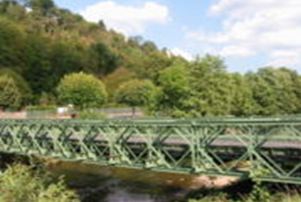 Plank lattice truss of a covered bridge. This type of bridge uses a substantial number of lightweight elements, easing the task of construction. Truss elements are usually of wood, iron, or steel. 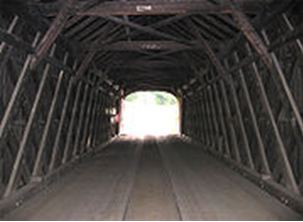 Fink Truss (half span and cross section). The Fink truss was designed by Albert Fink of Germany in the 1860s. This type of bridge was popular with the Baltimore and Ohio Railroad. The Appomattox High Bridge on the Norfolk and Western Railroad included 21 Fink deck truss spans from 1869 until their replacement in 1886.

A Pratt truss includes vertical members and diagonals that slope down towards the center, the opposite of the Howe truss. It can be subdivided, creating Y- and K-shaped patterns. The Pratt Truss was invented in 1844 by Thomas and Caleb Pratt. This truss is practical for use with spans up to 250 feet and was a common configuration for railroad bridges as truss bridges moved from wood to metal

Waddell “A” truss (1898bridge). It’s designed by John Alexander Low Waddell its simplicity eases erection at the site. It was intended to be used as a railroad bridge. 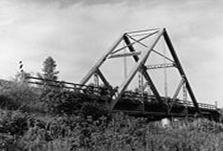 Warren truss illustrated – some of the diagonals are under compression and some under tension. The Warren truss was patented in 1848 by its designers”James Warren” and Willoughby Theobald Monzani, and consists of longitudinal members joined only by angled cross-members, forming alternately inverted equilateral triangle-shaped spaces along its length, ensuring that no individual strut, beam, or tie is subject to bending or torsional straining forces, but only to tension or compression. Loads on the diagonals alternate between compression and tension (approaching the center), with no vertical elements, while elements near the center must support both tension and compression in response to live loads. This configuration combines strength with economy of materials and can therefore be relatively light. It is an improvement over the Neville truss which uses a spacing configuration of isosceles triangles.

4. Sky Gate Bridge R at Kansai International Airport, Osaka, Japan, is the longest double-decked truss bridge in the world. It carries three lanes of automobile traffic on top and two of rail below over nine truss spans.

Some  FAMOUS BRIDGES IN THE WORLD

Bayonne, New Jersey. Note the arch is made up of truss members instead of box girders. This was overtaken by the New River Gorge Bridge as the World’s longest steel arch bridge. 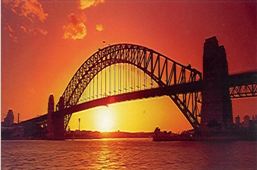 This great bridge – it’s more than 1100m long and 80m high. The completion of the bridge in 1957 marked one of Communist China’s first great engineering achievements, because until then all road and rail traffic had to be laboriously ferried across the river. 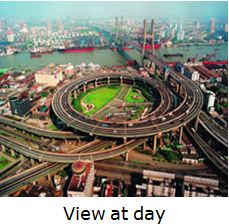 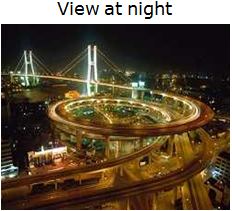